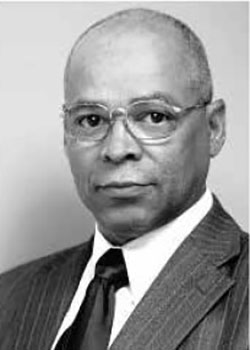 HDSS: The future of sound

HDSS® is a registered trademark of TBI Audio Systems LLC (TBI), a U.S. technology company formed in January 2006. TBI owns the Embedded Transmission Line (ETL) patents. The HDSS® trademark is registered in all major world markets. ETL technology has been granted patents in the United States, Japan, and Australia with patent pending status in other countries.

ETL technology maintains constant pressure in a cylinder by causing the heat generated by a piston working in that cylinder to be dissipated as it increases. TBI commercially demonstrated the operation of the technology in loudspeaker systems where the loudspeaker driver (a piston) has to reproduce many frequencies simultaneously creating varying wavelengths for air pressure changes with minimal reaction time to maintain the pressure constant – without this constant pressure the sound has to distort.

By preventing the heat buildup ETL has solved this scientific problem in loudspeakers bringing listeners a clear and natural sound. TBI has engineering and research and development facilities in Malaysia, Taiwan, and Marietta, Georgia. Mr. Jan Plummer who lives in Marietta, Georgia is the inventor of ETL. He has several patents in the area of sound theory. His first patent was granted in 1975. His most recent patents covering ETL were granted in 2007 and 2009. We believe that ETL is the first significant development in audio reproduction theory since the 1925 invention of the Moving Coil Speaker patented by Bell Labs. Most improvements since then have centered on driver diaphragm materials and varied enclosures.

THE DEVELOPMENT OF THE ETL

Jan Plummer began his career in audio at the age of 14 while converting an older model mono console radio into a stereo radio many years ago at the request of his mother. This initial thrust into audio remained his primary interest from that point on. While the stereo conversion wasn't successful the efforts in the subsequent years brought about many interesting observations and conclusions about speakers. He was convinced that no one had it figured out and that sound was unnatural unless it was produced by its original sound source. This was the situation regardless of the type or cost of a speaker. The application of non-acoustic technologies to solve this problem only compromises the sound in a different way. There have been no acoustic technologies available since the beginning of the loudspeaker itself in 1925 to provide a natural sound to any product and environment. There were many excuses made as to the reasons for these problems but no solutions offered in any engineering manuals.

In 1974 Jan began to tour with jazz musicians to enhance his appreciation of the natural sound in order to build stage sound systems for entertainers that sounded natural. It was during this time that he discovered the ability to apply a filter to the front of the speaker driver to improve the sound. This filter was patented and actually acted as a passive radiator to absorb the breakup of the cone and re-radiate the sound with more clarity. This actually worked but the filter was too delicate to be used in the general market and it was costly to produce.

Upon discovering the main reason for the speaker distortion it took many years and further observations to determine how to prevent this problem rather than filtering it. After several patents in the acoustic and electrical patent classes from 1974 -2002, the Embedded Transmission Line (ETL™) was developed to produce lower bass frequencies without resonance. Subsequent research allowed the ETL™ to be used behind the driver diaphragm to prevent resonance and breakup for all frequency ranges and driver sizes. This has resulted in the development of the ETL™ driver and module for the prevention and reduction of distortion in speaker systems and other sound products. A recent patent has been issued for these accomplishments and additional patents are pending because of the uniqueness of this revolutionary and simple solution.

This amazing acoustic discovery will now allow all people to have natural clarity from any sound-producing product they purchase with objective results just as with other electronic items they might buy. It has been determined using software testing developed by a licensed psychologist that the speaker with the ETL™ reduces the stress level of the listener compared to one without it.

Jan Plummer is currently the CEO of TBI Audio Systems LLC and the inventor of the ETL™.